Santa Teresa Gallura is one of Sardinia’s most interesting territories.

The coasts feature white beaches that alternate with impressive granite cliffs whose picturesque shapes often resemble fantastic mythical creatures, both anthropomorphic and animal-like, such as Capo Testa’s majestic ‘eagle’. The vegetation is typically Mediterranean, with myrtle, rockroses, broom and curry plants as well as gnarled juniper bushes and cork oak. The animals are what you would normally expect to find in Sardinia, and it isn’t unusual to come across shy turtles, while it’s less common to glimpse an elusive weasel.

Some plants and animals are native to the island, such as Bedriaga’s rock lizard, Genista ephedroides DC broom and, amongst the dunes, Silene Rosulata Sanctae Theresiae. 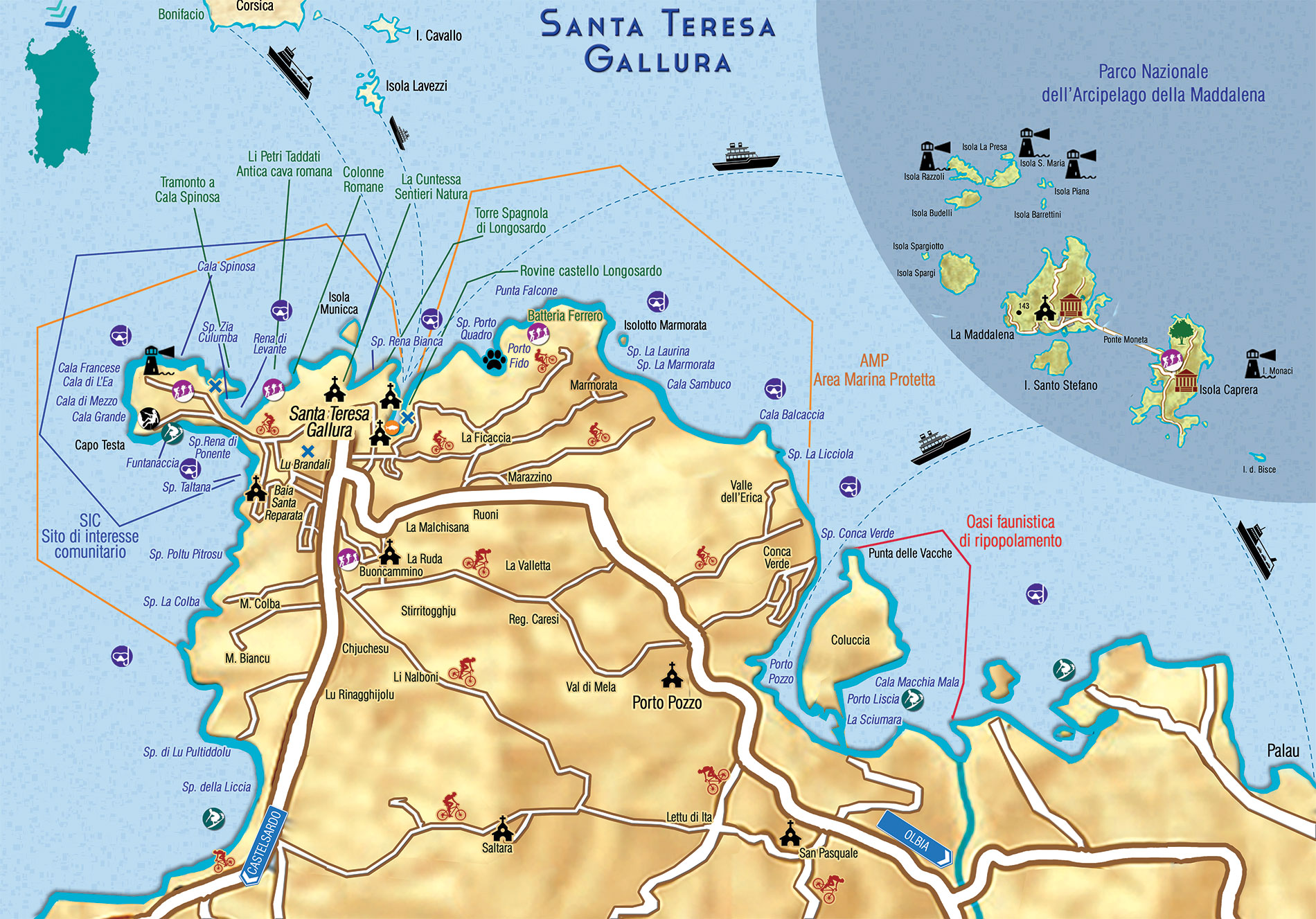